While waging war against the Georgians in 1021-1022, Emperor Basil II employed as his envoy one of their bishops, who consequently ended up in far-away Constantinople and could not return home before 1030. The prelate, named Zachariah, was a wealthy man and had several books and religious objects made in the Byzantine capital at his expense. Perhaps the last of these commissions survives, in part, as codex A 648 at the Georgian National Centre of Manuscripts. The volume must have once comprised at least three hundred and four parchment leaves (one of its quires was numbered 38 / ლჱ)[1] but now retains just seventy-two of them. Luckily these preserve a note from the book’s Georgian scribe who records his name (Basil),[2] the names of the reigning emperor (Romanus) and of the current patriarch (Alexis), the place where he worked (‘great city of Constantinople New Rome’), and a year corresponding to AD 1030. This matter-of-fact entry is followed by a high-flown Greek poem (DBBE Occurrence 17023) urging any reader who beholds ‘the commemorations and feasts for the whole year inscribed in the present book day by day [to] admire the skill of the painter’.[3] Unlike Basil, this nameless painter was evidently not Georgian, because most of the seventy-six miniatures now extant in the manuscript carry Greek captions.[4]

Every image marks the beginning of а chapter that briefly recounts the life of a saint or the significance of an event from Christ’s life. These texts, which Dali Chitunashvili recently published in print, are arranged according to the church calendar, starting with 1 September, feast day of St Simeon and of St Mamas.[5] The miniatures themselves were thoroughly studied half a century ago by Gaiane Alibegashvili. Their accompanying captions are of two kinds. Some, in plain prose, simply identify the person or scene depicted, e.g. ‘His All-Holiness Patriarch Alexis raising the cross’ (Ὑψῶν τὸν σταυρὸν Ἀλέξιος ὁ ἁγιώτατος πατριάρχης) on f. 5v or ‘The birth of our Lord Jesus Christ’ (Ἡ γέννησις τοῦ Κυρίου ἡμῶν Ἰησοῦ Χριστοῦ) on f. 22r. Others, in twelve-syllable verse, make brief religious statements. I reproduce this latter series on the basis of Dr Chitunashvili’s editio princeps[6] but with some corrections derived from photos of the actual manuscript. The punctuation and spelling are those of the original.[7] I have resolved all abbreviations and normalised the accents. The English translations are mine.

It must be remembered that these verses were once read not from a computer screen but from the pages of the manuscript itself, in conjunction with the painted images they accompany. They strikingly differ from the gallery labels which museum-goers nowadays read or (more often) ignore. The Virgin [1, 3], Christ [4, 5], Peter and Paul [13], and John the Baptist [14] are addressed directly, in the second person singular, just as a worshipper would address God or one of His saints in prayer. Present-tense or future-tense verbs transport one back to the moment when something actually occurred: Mary, just born, will bear (τέξεις) the Son of God [1], the children of Jerusalem are shouting (κραυγάζουσιν) ‘Hosanna’ [6], Joseph is now depositing (δίδωσι) Christ’s dead body into the tomb [8], and so on. The use of a first-person pronoun places all readers/viewers, as it were, inside the story: crucified long before our time, Christ saved us (ἔλυσεν ἡμᾶς) by His death [8]. Enlivened by the poems, the images turn from mute memorials to a sacred past into tokens of a reality eternally present and personally experienced through faith.

[3] Full English translation in I. Ševčenko, ‘The illuminators of the Menologium of Basil II’, Dumbarton Oaks Papers 16 (1962) 245–276 at 274. The Greek text in DBBE is normalised; the manuscript actually reads Βίβλω γραφῆσας τῆδε τὰς καθ᾽ ἡμέραν etc. The poem is written in ‘epigraphic’ majuscule. In its present state it ends somewhat abruptly and may have continued on a facing page, now lost.

[4] Some of the pictures proper have been cut out of the leaf, so that only their captions remain.

[5] The movable (Paschal) feast cycle is inserted after 25 March, feast day of the Annunciation.

[9] Τὸν διδάσκαλον Λόγον (referring to Christ as the Word of God) would make better sense, since Judas betrayed Jesus with a kiss, not with a word.

[10] Metri gratia, I have added the word τοῦ, which the scribe may have inadvertently omitted.

[11] The word κ(αὶ) is abbreviated in the manuscript; ἡ γυνὴ would make better sense. 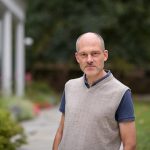 “I sincerely thank Zaza Skhirtladze and Dali Chitunashvili for helping me to write this blog post.”