The first lecture in the Fall 2021 Series of Speaking From the Margins. DBBE Online Lectures will be given by Renaat Meesters (Ghent University & KU Leuven).

Renaat Meesters was a heuristic collaborator (scribe) of the DBBE from 2011 to 2013 and obtained his doctoral degree in 2017 at Ghent University with a dissertation on Byzantine book epigrams on John Klimax. Since 2016 he is a teacher of Greek and Latin at the College of Essen and a voluntary postdoctoral researcher at Ghent University and KU Leuven.

Since its inception in 2010, the DBBE has disclosed an important corpus of medieval Greek texts to the academic community, shedding new light on a plethora of aspects of Byzantine book culture. Regrettably, there is currently no similar project for the collection, cataloguing and edition of metrical paratexts written in Latin. Despite some examples of Latin epigrams which have received a certain measure of attention, this considerable corpus remains seriously understudied.

No registration required. The lecture is freely accessible via Zoom: https://ugent-be.zoom.us/j/94069376394?pwd=NzNtVzRjTlphNzgzS25GSUxsQ2tzUT09. 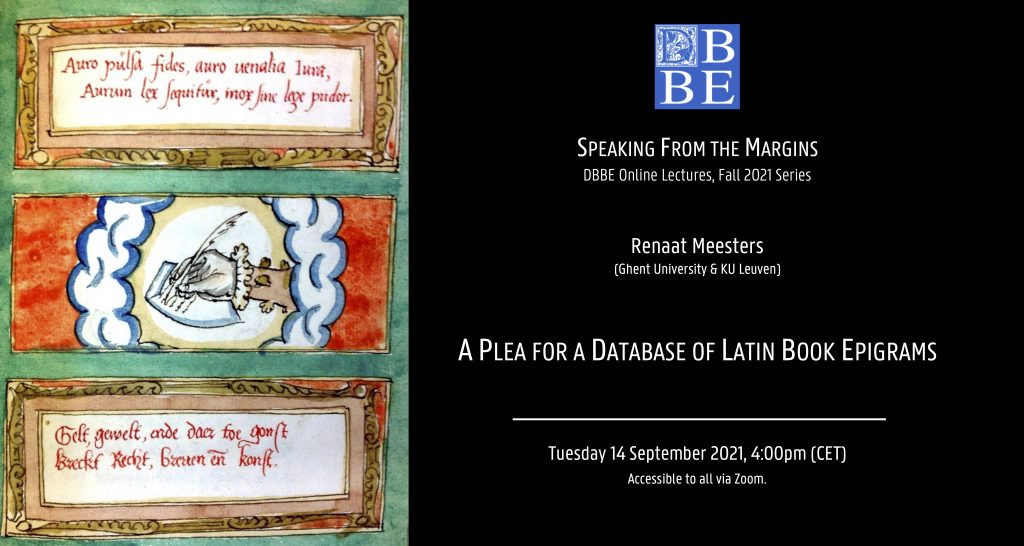